“Ghost guns are flooding our communities and endangering public safety, which is why my office has filed a case against ghost gun manufacturers to stop the flow of them onto our streets,” said District Attorney Chesa Boudin. “We will continue to hold those who use these deadly weapons accountable for the harm they cause and will continue our efforts to attack this problem at the root.”

Mr. Clarks and Mr. DeSouza are alleged to have committed a violent robbery in North Beach using multiple firearms. Officers identified a vehicle matching the description of the robbery, in Fisherman’s Wharf and observed the suspects breaking into two vehicles and casing multiple other cars. They were arrested after a brief pursuit and multiple firearms were recovered.

A picture of the ghost gun recovered in connection with this case is below.

Mr. Clarks and Mr. DeSouza were arraigned this morning in Department 9 and the San Francisco District Attorney’s Office filed a motion to detain in both cases. The victim of the robbery was also in court and testified that he felt the defendants were a threat to public safety and should be detained. Ultimately, the Court denied the motion to detain and released both men on home detention and GPS monitoring.

The next court date is scheduled for a pre-trial conference on April 15, 2022 in Department 9.

The San Francisco District Attorney’s Office has filed groundbreaking litigation against several manufactures of ghost guns along with Keker Van Nest & Peters and the Giffords Law Center to prevent the sale and proliferation of these illegal weapons onto the streets of San Francisco. Recently, Attorney General Bonta’s Office joined this litigation. The Office has also hosted a convening on Preventing Gun Violence to bring awareness to this problem and develop community-focused solutions. 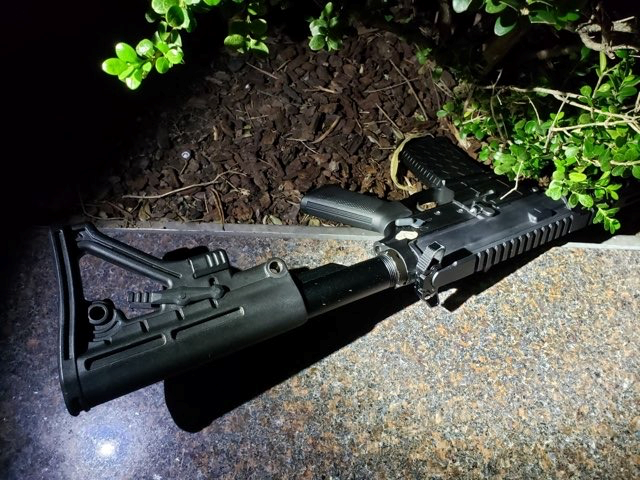