“We are committed to doing everything we can to keep our most vulnerable, elderly residents safe—and part of that is making sure they know what to do when a crime occurs. We do not tolerate elder abuse in San Francisco, and I urge anyone aware of any crimes against the elderly to come forward,” said District Attorney Chesa Boudin. “This campaign is an important tool to combat these crimes by increasing awareness and by ensuring we can hold those who commit them accountable.”

This campaign also aims to correct the common misconception that video evidence is required for the prosecution of elder abuse cases. The San Francisco District Attorney’s Office will review all reports of elder abuse for prosecution, regardless of whether the incident was recorded or witnessed by someone other than the victim.

“It breaks my heart each time I learn that an elderly person is being abused, whether it is by a stranger, a family member, or a caregiver,” said Anni Chung, President and CEO of Self-Help for the Elderly. “As a senior service organization, we commend the education, outreach, and intervention efforts spearheaded by the San Francisco District Attorney’s Office.

“Seniors are often reluctant to share their stories of physical, financial, or other abuse because of language barriers, embarrassment, stigma about interacting with law enforcement, or the feeling that reaching out for help is a sign of weakness,” said Melissa McNair, Elder Abuse Victim Services Advocate for the San Francisco District Attorney’s Office. “We want people to know that they will be supported if they reach out and that by reporting, they can help to keep others safe.”

Those who have witnessed, or experienced elder abuse can call the San Francisco District Attorney’s Victim Services Division at (628) 652-4100.

Samples of the public service announcement are below. 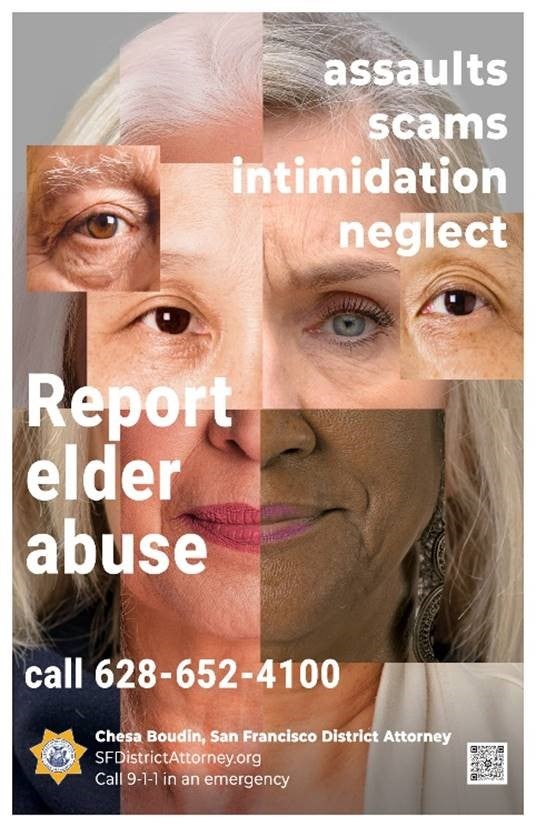 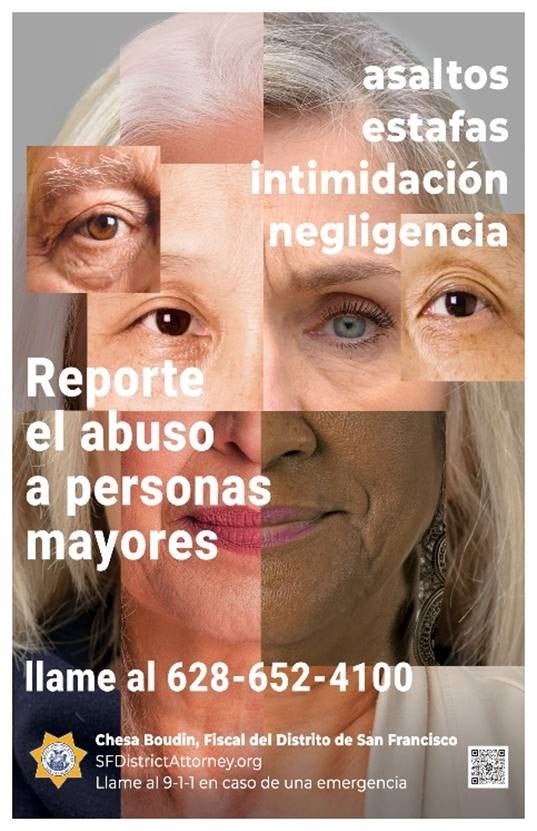 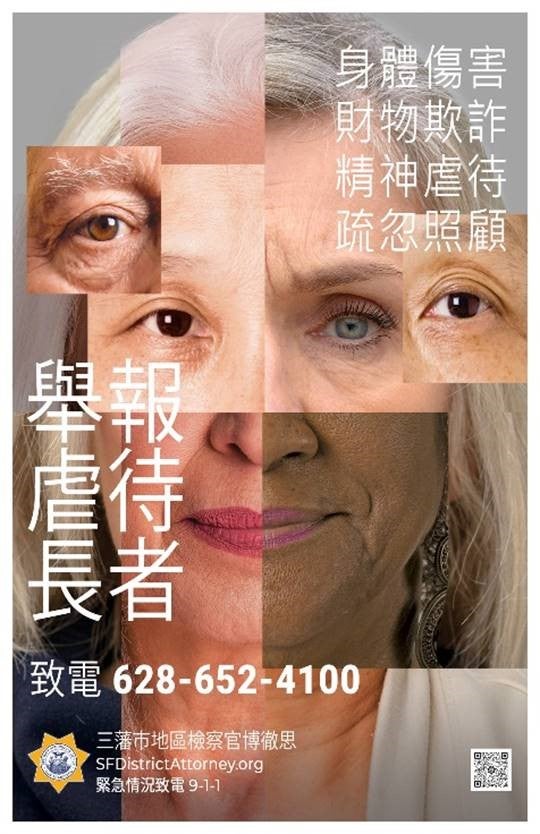