“Reproductive rights are under attack across the country—and here in San Francisco. Right here in our city, doctors who provide critical health care along with vulnerable patients are being stalked at their homes and places of work,” said District Attorney Boudin. “My office will unconditionally protect all medical providers and women who exercise their constitutional right to seek abortion or other reproductive health care. Make no mistake: anyone who harasses, threatens, or interferes in any way with the constitutionally protected work of doctors and staff —who heroically provide care—will be held accountable. We will ensure that all patients and medical providers are safe.”

Mr. Hurley is a member of PAAU (Progressive Anti-Abortion Uprising), an anti-choice group that targeted an abortion and health care provider at San Francisco General Hospital.

On March 13, Mr. Hurley and others are alleged to have defaced and damaged a bronze statue of the Madonna and Child at the hospital, covering it with fake blood and stickers with the doctor’s name on it.  There were also handwritten notes that said “harvested” and the phrase “sold $500.” Surveillance footage captured the incident.

A photo of the defaced statue is below. 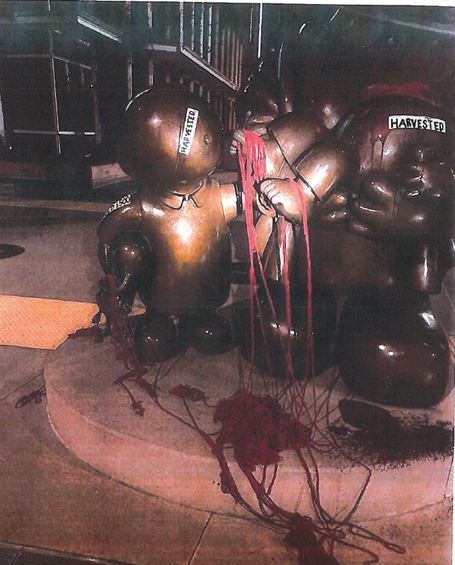 On March 14, four people allegedly invaded the Women’s Options Center by using a woman who pretended to be in need of counseling to illegally gain access. When a nurse went to speak to her at the door, Mr. Hurley and other trespassers came out from hiding and ran through the door. They barged into the clinic and began filming patients and staff. Staff reported that these protesters were attempting to barge into operating rooms.

That night, Mr. Hurley and the others went to the targeted doctor’s home address, an address that the doctor had worked to keep private, and placed permanent stickers that said “a killer lives in your neighborhood” at neighbors’ houses and on the doctor’s front door. Flyers were also distributed, displaying a QR code that led to a website that specifically named the doctor, provided false, inflammatory claims about abortion procedures, and attacked the doctor for providing abortion services.  Flyers were also placed around the doctor’s neighborhood.  The doctor was frightened for their safety and the safety of their family, given that the doctor was targeted at both their home and work.  The doctor was forced to change their entire personal routine and route to work out of fear for their safety. 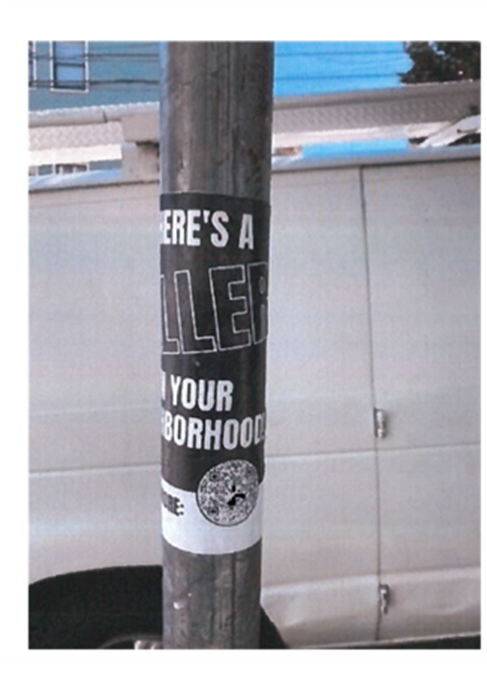 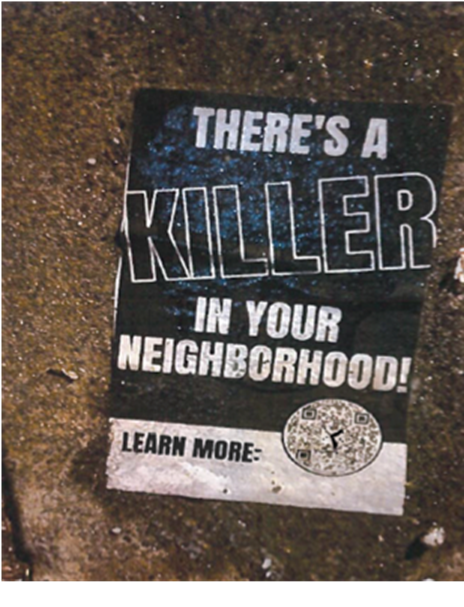 The arraignment is set for this afternoon in department 11.